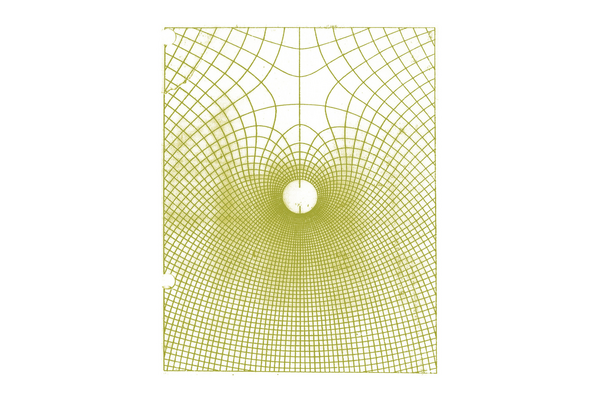 Kika Thorne, RIPs and holes, 2012, photocopy, holepunch, tears and creases
silkscreen made with the ink of stinging nettle and calendula , 101.0 cm x 76.0 cm 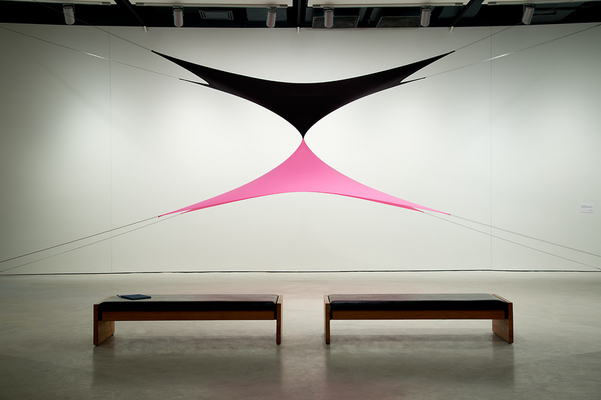 WILDcraft: to the collective apothecary

1: Ancient, baroque and Ojibwa botanical research; popular online chemistry and occult/physics sites: these texts are forests to wander through, and then fall asleep under a walnut tree. In sleeping or waking-the subtle consciousness between these states-forms emerge.

2: Research is to form as soil is to flower. The forms are open, they have no meaning, but they have energy, and that is everything.

3: For centuries, societies did not need scientific studies to know that honey can heal a burn, or milk thistle cure a hangover. The amateur practice of self-healing has existed and still persists alongside formal pharmaceutical inquiry and its modern industry.

4: Today, the internet is a means through which materia medica, from Ebers Papyrus to Culpeper's Herbal to PubMed, converges with the logic of Chinese Traditional, Medewiwin and Ayurvedic practices, most of which share a holistic approach to the treatment of the body.

5: The WILDcraft demands two kinds of foraging... a. The woods are alive with medicine, inducing new states of receptivity to non-human matter. b. wildcrafting extends into the body, foraging for energetic thought and action.

6: Cultivate or forage specific species, listen to the body's reception of each plant. Plant said "me, over here, me", plant enters hand, ruptures crystalline siege. For our autonomy and our health, with and for each other, this is an open call to produce and share medicine, COLLECTIVE APOTHECARY! The risk is ours.

Kika Thorne: The WILDCraft is the first major solo exhibition that features the artist's work in a public art gallery in Canada. The exhibition will be accompanied by a catalogue.

Kika Thorne Biography:
Kika Thorne, an artist, filmmaker, curator, was a co-founder of she/TV, a feminist cable television collective in the 1990s, where women mentored women to produce experimental TV of all duration and genre. She participated in and documented the sculptural protests of the Toronto-based October, February and April Groups and their resistance to the Ontario Conservative government's anti-democratic privatization and consequent urban demolition in the mid-1990s. In 1998 she helped found the Anarchist Free Space & Free School in Toronto's Kensington Market. From 1996 to 2004 she collaborated with sculptor and urban scholar Adrian Blackwell to produce videos, installations and civic interventions, notably 1:1 over 1:300 and Ambience of a future city. As curator of Vancouver's VIVO Media Arts Centre she helped instigate SAFE ASSEMBLY, a 14 day collective program and gathering to express dissent against the effect of the 2010 Winter Olympic Games in Vancouver. Kika Thorne received her MFA from the University of Victoria, BC and has exhibited extensively including projects at Berlinale Forum Expanded, Berlin; Murray Guy, New York; The Apartment, Access, Contemporary Art Gallery and Vancouver Art Gallery, Vancouver; Pleasure Dome and the Power Plant, Toronto, and her work was included in E-Flux Video Rental which toured the globe for five years. She is currently working towards a PhD at York University, Toronto.