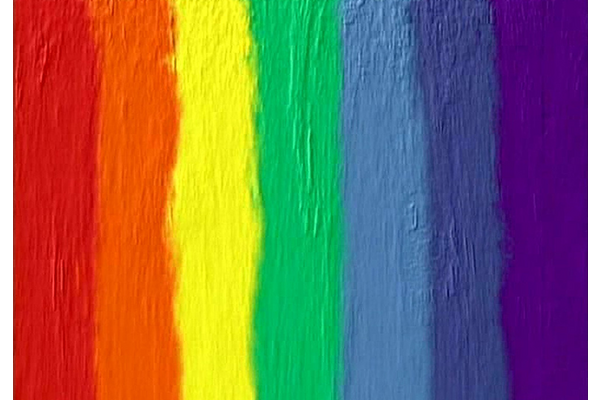 When she graduated from university, Rae Davis assumed she would become a novelist or poet. It was theatre, however, that led her to the discovery of her own work. She actd in plays in elementary school and carefully watched the spectacles -- circus parades, stuntmen, newsreels at the local movie houses and so on -- to be seen in a small town in New Jersey in the 1930's. Through high school she attended, and remembered, productions at the Metropolitan Opera  and on Broadway in NYC. As an undergrad at Wellesley College, she was active in student theatre as an actress and stage manager. Finally, after completing graduate studies in English literature at Columbia University and experiencing the early years of marriage, she moved to London, Ontario, where she began a career directing avant-garde plays and writing her own scripts for stage.

Chromatic Fall (1969/2000) involves a projected and continuous ribbon of slowly fading colours complimented by a voiceover of random dialogue. Davis' work between 1959-2003 reflects a shifting vision of society and its noise and seems to speak to the possibility of finding peace and constructing a silence in the midst of chaos.