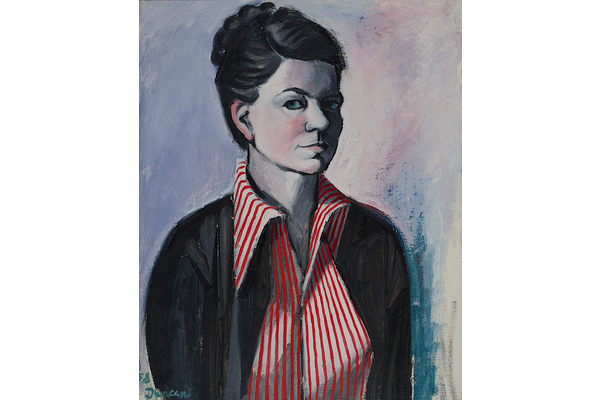 Ottawa-based artist Alma Duncan spent her entire life creating, interpreting, observing, and rendering. With pen in hand, she travelled the world recording the beauties of the land and the stories of her models, transcending the lines between modern interpreter and visual activist. Inherently interdisciplinary, from painting and drawing to film, her varied body of work also spans numerous genres, including portraiture, puppetry, abstraction, and subject matters including industry and the natural world.

Born in Paris, Ontario, Duncan moved to Montreal in 1936 at the age of nineteen, where she worked in commercial art and studied under renowned Canadian artists Ernst Neumann and Goodridge Roberts. She quickly began to achieve success, first exhibiting her work in 1937 at the Art Association of Montreal, and in 1942, winning an honourable mention in the Western Hemisphere Poster Competition hosted by the Museum of Modern Art, New York. In 1943, she received permission to create drawings inside industrial plants, shipyards and arms factories; a subject which became a lifetime interest.

This same year brought her to Ottawa. She accepted a position in the Graphics Department of the National Film Board (NFB), where she met long-time friend and collaborator Audrey (Babs) McLaren. The two quit the NFB in 1951 and formed the film company Dunclaren Productions in an Ottawa attic, through which they made several internationally-noted stop-motion animation short films. They resided together for nearly four decades in the Ottawa area. From the sixties onward, Duncan hung up her filmmaking hat and focused on painting and drawing. She engaged in abstract experimentation and created Dürer-quality renderings of the countryside. In 1970, Duncan produced a set of award-winning stamps on commission for Canada Post. A familiar name in the regional art community, Duncan’s work can now be found in national and international collections such as the Library and Archives Canada, the National Gallery of Canada, the Canadian War Museum, the Art Gallery of Ontario, and the Brooklyn Museum.

This retrospective celebrates Duncan’s lifework, recognizing her as an inextricable part of Canadian art history. It brings together curators, collectors, friends, and scholars to celebrate Alma Duncan the woman, the colleague, and of course, the artist.

The exhibition is accompanied by a hardcover, bilingual catalogue, which features more than 70 colour plates, produced by the Ottawa Art Gallery in partnership with the Judith & Norman Alix Art Gallery, Sarnia, Ontario. It is available for $55 at each venue and through ABC Art Books Canada.