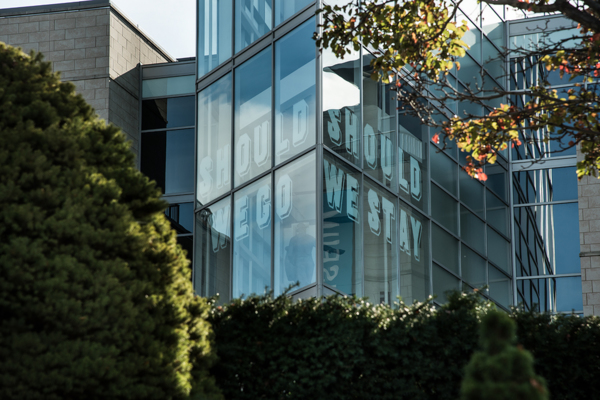 The Art Gallery of Windsor respectively acknowledges that we are located on Anishinaabe Territory – the traditional territory of the Three Fires Confederacy of First Nations, comprised of the Ojibway, the Odawa, and the Potawatomi. Today the Anishinaabe of the Three Fires Confederacy are represented by Walpole Island First Nation. We want to state our respect for the historical and ongoing authority of Walpole Island First Nation over its Territory.

The Art Gallery of Windsor (AGW) is a non-profit public art gallery focused on presenting the visual arts of Canada. The Gallery was formed on October 1, 1943 and incorporated on June 8, 1944 with the mandate of serving the southwestern Ontario region and the international border community of Windsor, Ontario, Canada and Detroit, Michigan, USA. In the intervening years, it has become a cultural pillar situated in a premium and purpose-built downtown riverfront location overlooking the Detroit River and downtown skylines. The AGW is an award-winning organization known for its cutting-edge contemporary art program and Canadian art collections of over 4,000 works. The exhibition galleries (comprising about 15,000 square feet/4,700 metres) include both changing exhibitions and ongoing displays of the acclaimed AGW Collection, which features historical, modern and contemporary art. The AGW’s focus on the visual arts of Canada ensures a unique role distinct from yet complementary to our largest art museum neighbour, the Detroit Institute of the Arts (DIA).