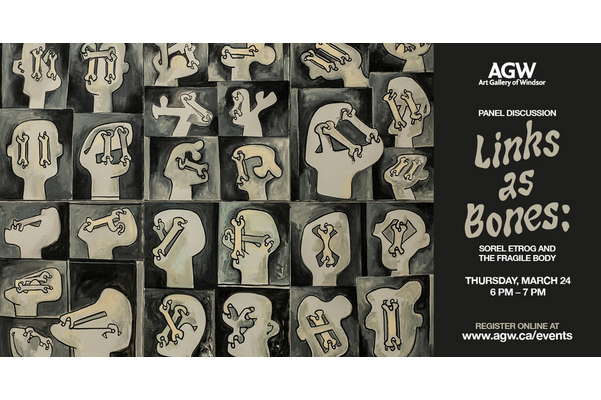 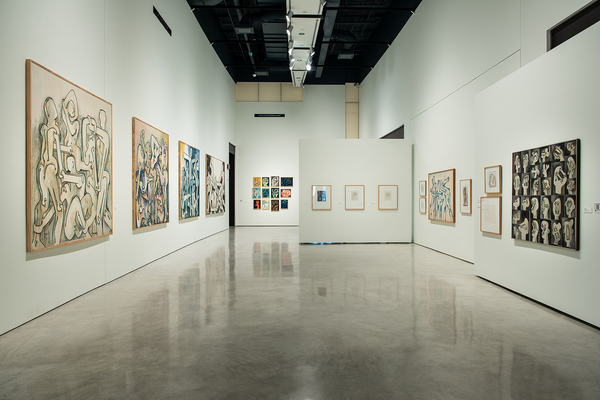 Sorel Etrog is one of Canada's most iconic artists, an artist who exhibited broad and wide to great acclaim and whose work is found in important museums' collections both in Canada and abroad. With an illustrious career which spanned 5 decades, Etrog is most well-known as a sculptor of large-scale public objects in a variety of original styles and techniques. His oeuvre also includes work in other media, a diversity which speaks to the artist's unrivaled creativity and inventiveness.

On the occasion of the exhibition "Links as Bones: Sorel Etrog and the Fragile Body," the AGW hosts a panel that explores the importance and enduring legacy of Sorel Etrog in Canadian art and culture. This topic will be addressed from a variety of perspectives, with speakers including an art historian, collector, curator and a family member.

Jonathan Gendler is Sorel Etrog’s nephew. Following Etrog’s passing in 2014 Jonathan assumed the position of an executor of his estate. In 2015, Jonathan moved with his family to Canada and has lived near Toronto since. He is actively working to promote Etrog’s legacy through museum and private gallery exhibitions, publications, and online presence. Aside from working as the estate’s executor, Jonathan has had a long career as an executive in the semiconductor industry and he also owns a music recording studio.

Art historian, curator, and cultural policy specialist, Joyce taught at OCADU (1966-75) and York University (1975-2020) where she served as chair of Visual Arts (1975-81), Dean of the Faculty of Fine Arts (1985-88), and director of the Schulich MBA Program in Arts, Media and Entertainment Management (1994-2020). She is a former director of the Canada Council for the Arts (1988-1992). Her art historical research focuses on twentieth-century Canadian art with a particular interest in the development of abstraction in Canada and the work of Canadian women artists. Her first review of Etrog’s work was written in the early 1960s and she has remained interested in his work since that time. Her 2013 AGO interview on the composites can be found here.

She is the author of the 2008 Sorel Etrog: Paintings and Drawings: 1963-1971 (SFU and Buschlen Mowatt). A member of the Order of Canada, Joyce has received honorary doctorates from Concordia U, Waterloo U, and the Nova Scotia College of Art, and is an Honorary Fellow of OCADU. She is a member of the advisory committees of the Toronto Arts Council, the Theatre Museum of Canada, the Art Canada Institute, the acquisitions committee of the Art Museum at the University of Toronto and the Communications Committee of Toronto Friends of the Visual Arts.

Andrew Danyliw is a Toronto-based collector and Founder of the Chloe Danyliw Collection, named after his daughter with whom he shares a love of art. The collection focuses on Canadian and International works of all media, with a special emphasis on abstraction. Fine examples of works by such historical Canadian luminaries as Guido Molinari, Claude Tousignant, Jean-Paul Riopelle, Tim Zuck and Ray Mead, hang along side mid-career and emerging Canadian abstractionist, such as Christian Eckart, David Urban and Jason Gringler among others. Over the past decade, Danyliw has developed a significant collection of the works of Sorel Etrog and has been committed to supporting Etrog’s legacy. By participating in this panel, he offers a unique perspective on the transformative aspects of living with the artist’s work and the deeply personal connections that arise from this dialogue.

Dr. Alma Mikulinsky is an art historian, curator and cultural consultant with international practice. As curator she managed the world's second largest collection of Pablo Picasso's ceramics and curated exhibitions of modern and contemporary art in Asia, North and South America. Her most recent exhibitions include Guernica Remastered at Remai Modern (2021-2) and Links as Bones: Sorel Etrog and the Fragile Body at the Art Gallery of Windsor (20221-2). She is also a sought-after author: her writings have been commissioned by prestigious institutions such as the Tate Modern and Musée National Picasso-Paris. Her latest book, on Sorel Etrog, was published by Art Canada Institute in 2020.

Links as Bones: Sorel Etrog and the Fragile Body is Curated by Alma Mikulinsky 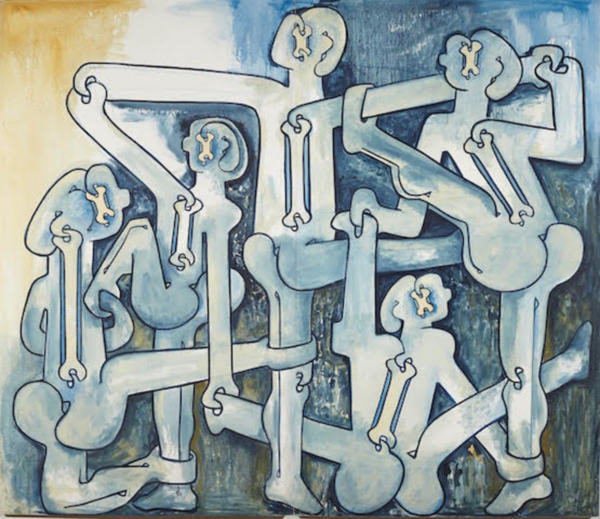 Links as Bones: Sorel Etrog and the Fragile Body