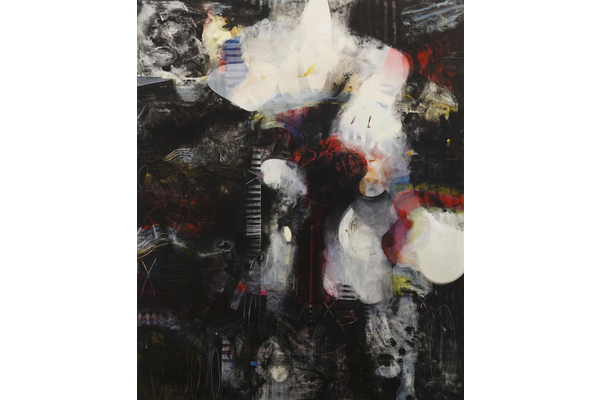 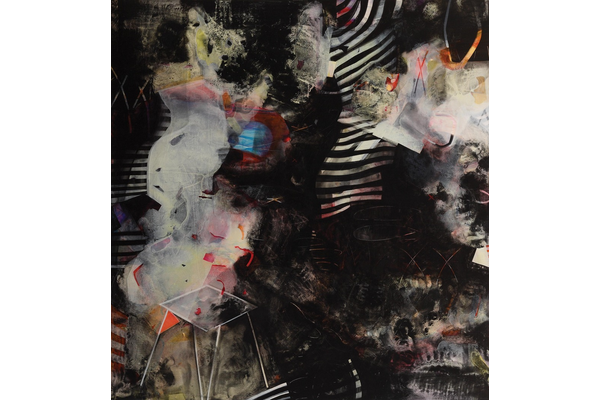 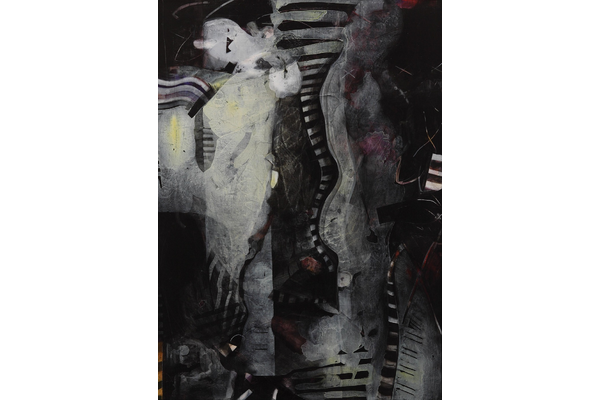 The 2010 winter quarter marks the long-overdue solo exhibition of recent paintings by celebrated Windsor artist Adèle Duck. This is a great opportunity to view Duck's paintings in a public setting -- for years her prints and oils on paper have been eagerly collected by individuals and groups in this region, across Canada and beyond.

Adèle Duck's practice is informed by her mastery of many techniques, such as printmaking, drawing, and painting, as well as the traditions of figurative art and abstraction. Each work is a fascinating study of combinations: marks both painterly and defined, flowing washes and glazes; deep, floating fields of saturated colour shot through by an almost mobile series of sharp black and white stripes. Layered "skins" of pigment recede, offering brief but indefinite glimpses the body. Such elements converge to create a sensual effect that is magnified by Duck's new larger scale. Not planned yet not wholely intuitive, her works play out a wanderlust; hard to categorize, it is best to just experience.

Adèle Duck's exhibition is augmented by a number of paintings and mixed-media works selected by the artist from the AGW vault. These choices, by a range of artists including Paterson Ewen, Tom Burrows, Richard Gorman and Graham Coughtry, complement Duck's work through their parallel interests in method, material and artistic philosophy.