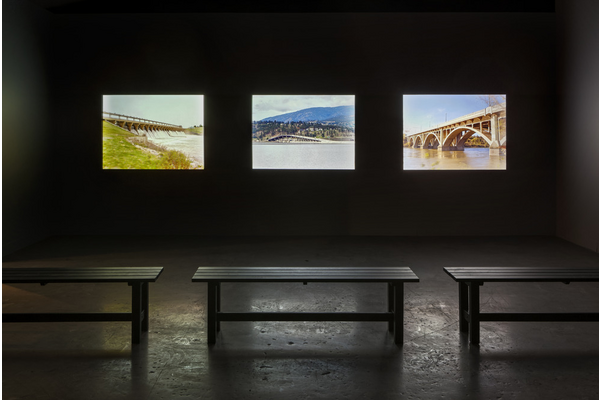 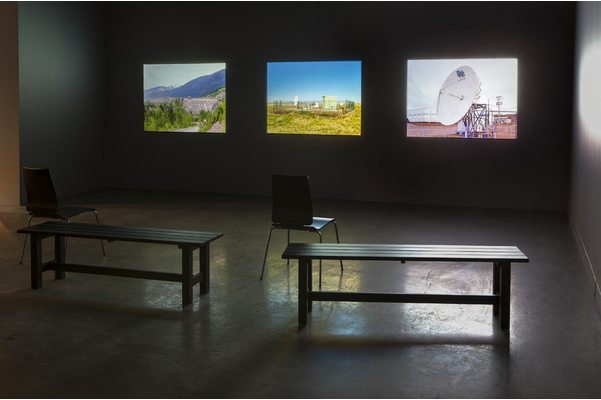 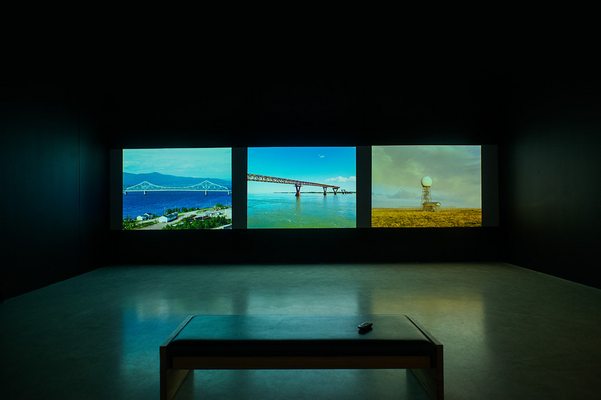 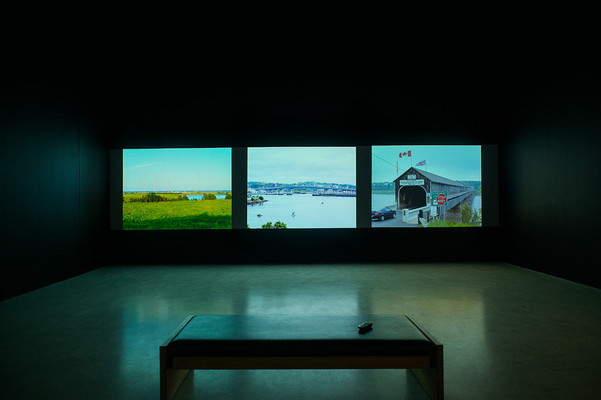 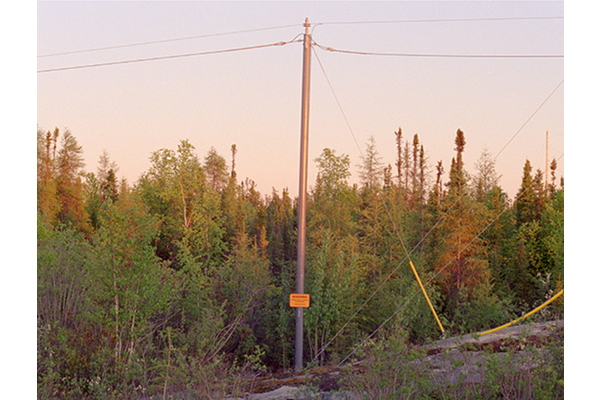 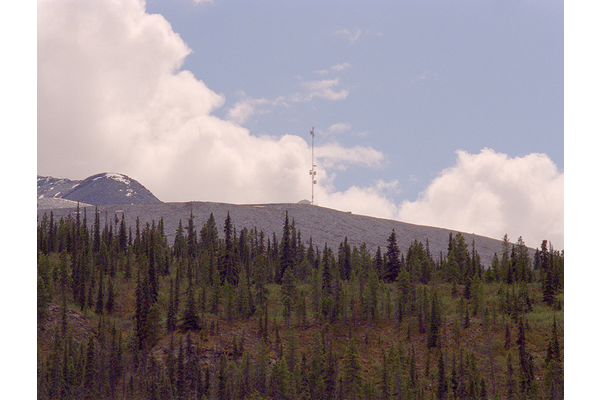 "If there is a great Canadian anything, it is the prototypical Canadian infrastructure."
-AA Bronson

Over the past decade, Canadian artist duo Daniel Young & Christian Giroux have created an acclaimed body of work that critically explores the built environment. Their latest project, Infrastructure Canada (2010-2012), completes a trilogy of conceptual films created by the artists that depict the systematic production of space.

Following 50 Light Fixtures from Home Depot (2010), which surveyed the effects produced by readily available lighting fixtures on a simple white room, and the widely exhibited Every Building, or Site, that a Building Permit was Issued for a New Building in Toronto in 2006 (2008), Infrastructure Canada moves away from the domestic and the urban and into the vast and often remote geographies of the Canadian landscape.

Traveling from the Yukon to Labrador and southern Ontario to Nunavut over a three-month period, Young & Giroux have captured on motion picture film one hundred examples of Canadian infrastructure. The resulting footage represents a broad cross-section of the often under-considered yet substantial forms that have modernized the Canadian landscape and provided the foundation for Canada's economy and society.

Exhibited in random sequence over three channels, these images eschew familiar east-to-west narratives, instead situating each location as a single node in a vast network, one that facilitates transportation and communication across great distances. In this way, Infrastructure Canada considers the totality of Canada's infrastructural system in a framework that borrows as readily from theoretical architecture as it does from science fiction.

Reflecting on issues of land use, sovereignty and-seen here at the Art Gallery of Windsor alongside Decolonize Me-colonial histories, this ambitious project engages anew one of Canada's most enduring and intractable questions: that of our natural landscape and its administration.

Infrastructure Canada is curated by Matthew Hyland and Jonathan Shaughnessy and has been commissioned and circulated by Oakville Galleries with the support of the Canada Council for the Arts Media Arts Commissioning Program.