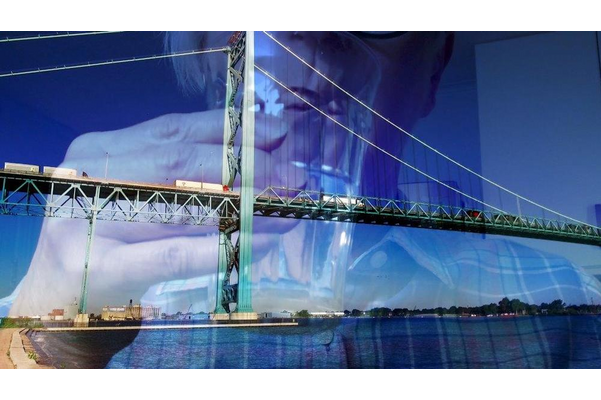 In The Living River Project:  Art, Water and Possible Worlds, co-curators Patrick Mahon and Stuart Reid build on previous iterations of the exhibition to consider the cultural, historical and environmental significance of water issues in the Windsor-Detroit corridor. The Detroit River, which connects Lake St. Clair with Lake Erie is one of the world’s busiest waterways and border crossing points, and has the distinction of having dual heritage designation from Canada and America. The river’s shores embrace the largest metropolitan area on any international border. It is also one of the first International Wildlife Refuges, known for being a large habitat for many ecosystems and species. Historically, Indigenous peoples have been recorded on the shores from as early as 400 A.D. Settlement by Europeans happened around 1650 with trade, culture and industrialization spurred by the river and its resources. The Detroit River was also an integral part of the Underground Railway, a crossing point for slaves escaping to freedom. 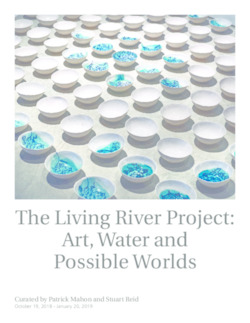