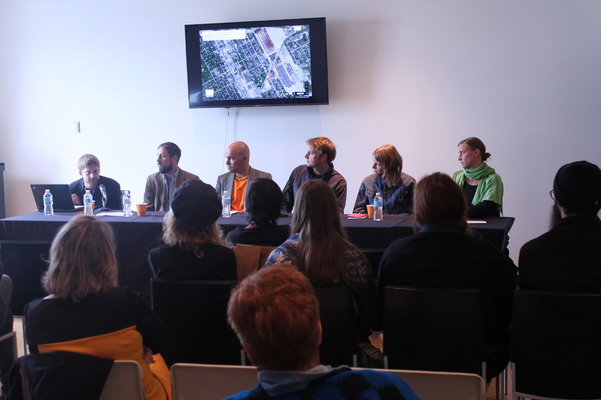 Critically engaged and always engaging, AGW panel discussions showcase artists, curators, scholars, and more. Together, panellists provide an expanding context through which to interpret the work in the Collection as well as in our changing exhibitions.

Re-presenting One's Self and Another: A discussion on the relationship between the recurring themes of place, identity and race and the experimental artistic and curatorial practices of Andrea Fatona, Susan Gold, Deirdre Logue and Allyson Mitchell and Sigi Torinus. Moderated by Honor Ford-Smith.

Honor Ford-Smith is Associate Professor and Coordinator of Community and Environmental Arts at the Faculty of Environmental Studies, York University, Toronto, Canada. Her most recent work focuses on memory, urban violence and performance in Jamaican communities and includes the performance cycle Letters from the Dead, a series of public interventions commemorating those who have died as a result of neo-liberal violence. Her publications include Lionheart Gal: Life stories of Jamaican Women, (with Sistren) Kingston: University of the West Indies Press; 3 Jamaican Plays 1976-1986, Kingston, Paul Issa Publications; and my mother'slast dance, an anthology of poems. Toronto: Sister Vision Press available through the University of Toronto Press.

Sigi Torinus was born in the US Virgin Islands and received her MFA from the Braunschweig Art Institute, Germany, and San Francisco State University in California. Informed by her nomadic life, Sigi's work explores our perceptions of the migratory journey, through time and space, in both physical and digital worlds. Her art returns time and again to the themes of origin, departure, navigation and destination. Playing with concepts like presence and absence, visibility and intangibility, her hybrid new media installations often combine sculptural elements with video, audio, and performance, creating an immersive environment that activates our different senses both viscerally and intellectually.
As a founding member of the Noiseborder Ensemble, Torinus is currently working with Dr. Brent Lee and Dr. Nicholas Papador (School of Music) on a Canada Foundation for Innovation funded project, the Noiseborder Multimedia Performance Laboratory (NMPL) at the University of Windsor. It is devoted to the development of tools and methods for integrating acoustic, electroacoustic, and video performance.

Andrea Fatona is an assistant professor in the Criticism and Curatorial program at OCAD University in Toronto. She was the former curator of contemporary art at the Ottawa Art Gallery, and has worked as the programme director at Video In, Vancouver, Co-Director of Artspeak Gallery, Vancouver, and Artistic Director of Artspace Gallery, Peterborough. Fatona is equally concerned with the pedagogical possibilities of art works produced by ‘other' Canadians in articulating broader perspectives of Canadian identities. At its core, her curatorial practice is concerned with creating spaces of engagement - inside and outside of the gallery walls. Some examples of her curatorial projects are: Queer Collaborations (1993), Across Borders (1995/6), Cadboro Bay: Index to an Incomplete History (1999), The Attack of the Sandwich Men (2001), a national touring exhibition entitled, Reading the Image: Poetics of the Black Diaspora (2006-2008), Fibred Optics (2009-10), Will Work for Food (2011), and Land Marks (2013-14).

Susan Gold (aka Susan Gold / Smith), Professor Emerita from the School of Visual Arts at the University of Windsor, is now is part of one ten park: a working space, a studio in Downtown Windsor experimenting with individual and community art making and display. Current interests in her work are in the museum culture of display, bringing nature into cultural spaces. This has her looking into natural history display as a parallel form of cultural representation. With grant support she has traveled widely to gather material for mixed media installation work which has been exhibited at regional galleries, art run centres, and in alternative sites, such as natural history museums internationally and locally in the WINDOWS on WINDSOR store front windows of one ten park.

Deirdre Logue holds a BFA from the Nova Scotia College of Art and Design and an MFA from Kent State University. Recent solo exhibitions of her award winning work have taken place at Open Space in Victoria, Oakville Galleries, the Images Festival in Toronto, the Berlin International Film Festival, Beyond/In Western New York, YYZ and at articule in Montreal. She was a founding member of Media City, the Executive Director of the Images Festival, Executive Director of the CFMDC and is currently the Development Director at Vtape. Logue has been dedicated to working at the Independent Imaging Retreat (the Film Farm) in Mount Forest, Ontario since 1997 and directs the FAG Feminist Art Gallery with her partner/collaborator Allyson Mitchell. http://www.deirdrelogue.com

Allyson Mitchell is a maximalist artist working in sculpture, performance, installation, and film. Her ongoing aesthetic/political project, "Deep Lez" advocates a strategic return to the histories of lesbian feminism for it's radical queer world making potential. Her work has exhibited in numerous venues including the Textile Museum of Canada, the Winnipeg Art Gallery, the Art Gallery of Ontario, the Warhol Museum, Tate Modern and the British Film Institute. She is based in Toronto, where she is an Associate Professor in the School of Gender, Sexuality and Women's Studies at York University and runs FAG, a feminist art gallery with Deirdre Logue. 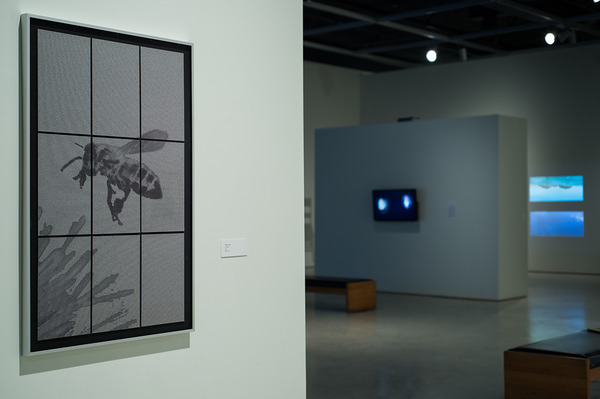 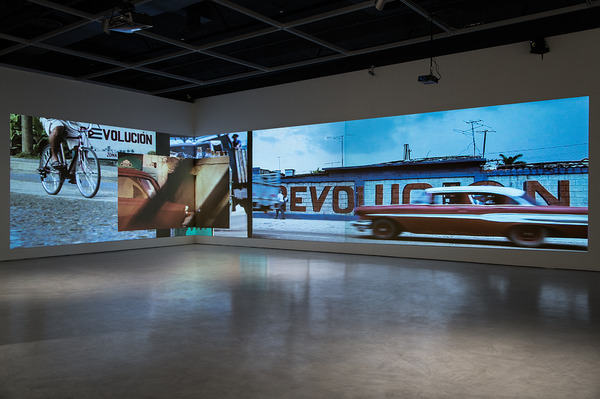 Sigi Torinus: Into the Light 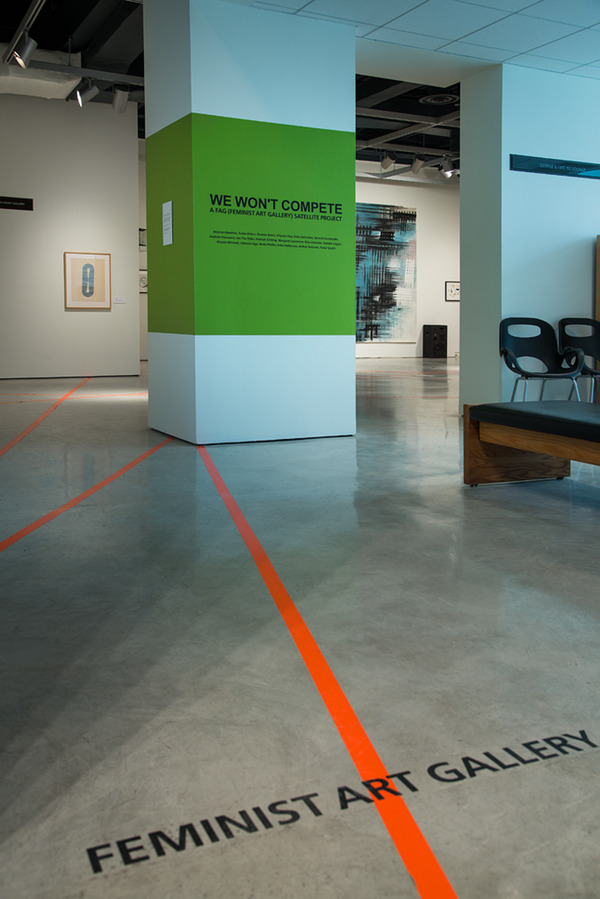 Installation view of WE WON'T COMPETE