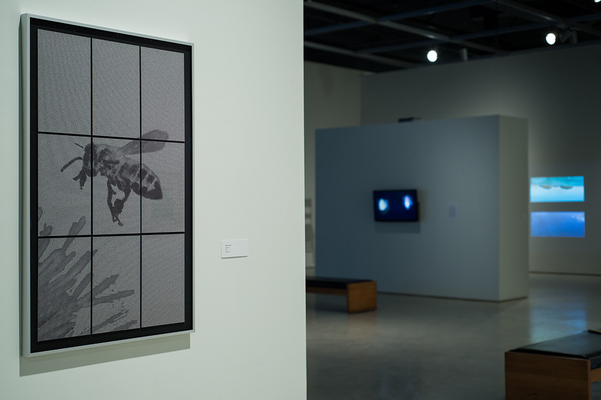 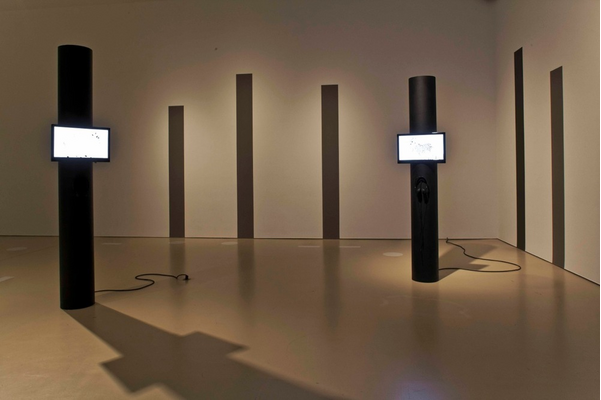 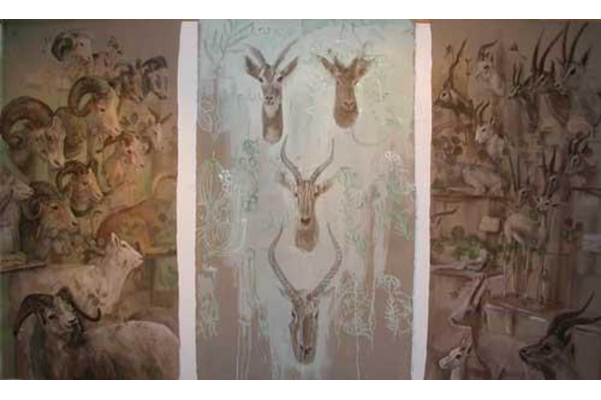 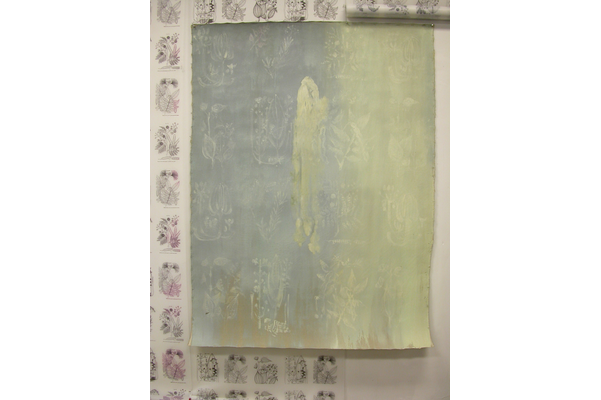 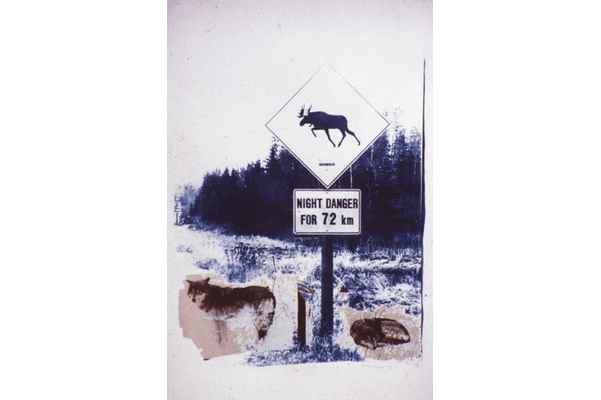 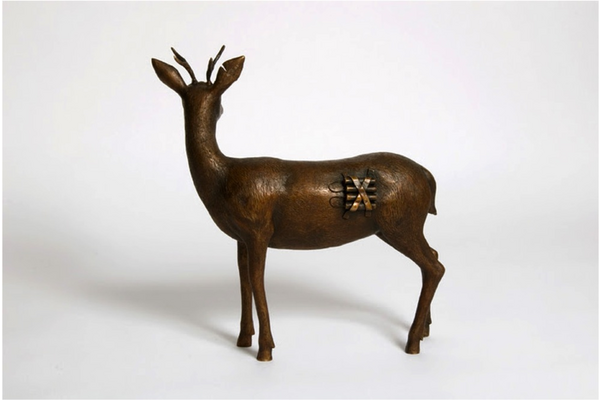 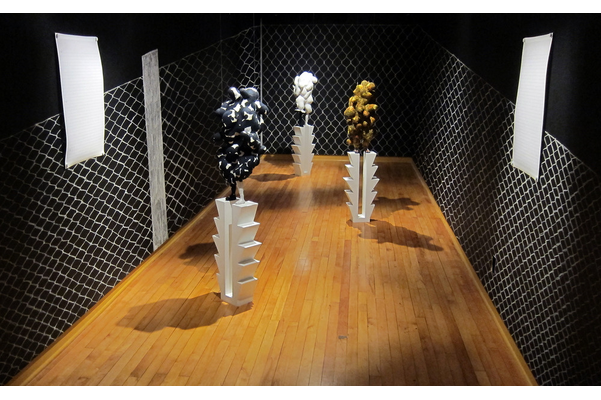 Land Marks features five artists whose works draw our attention to the ways in which humans mark themselves, others and their environments in order to establish identities, territory, and relationships to the world. The artists present the acts of marking, naming and classification as practices that reinforce binaries separating nature from culture. These organizing practices in turn have implications regarding our relationships with other living beings. As the artists observe, these relationships are based on constructed categorical differences.

Mary Anne Barkhouse is concerned with our collective understandings and engagement with the land and its occupants, both human and animal, that are part of the territory called Canada. In Red Rover (2012) Barkhouse employs the map or an abstraction of the territory and playfully inserts archetypal animals - the poodle and wolf - within this bounded geographical space to highlight current and historical contestations over Aboriginal land rights and ownership. She portrays the land as being politically charged, bringing to light the divide that exists between the worldviews of those who share it.

Wendy Coburn's sculptural and text-based works examine the dualistic nature of Western thought and reveal how it places the natural world and humans in diametrically opposed positions. In doing so, Coburn asks the viewer to consider a nuanced, relational and interdependent ecological system in which nature-culture, human-non-human are accorded with equal status.

Susan Gold's paintings examine systems of taxonomy that are rooted in a Linnaean schema for classifying all living things and that have traditionally informed museological practices. The artist focuses on the taxidermied trophy animal and comments on the owner-owned relationship that exists in Western culture between humans and flora and fauna. Gold disturbs the hierarchy which places humans at the apex of the pyramid by endowing animals with agency while drawing attention to what these classificatory practices reveal about humans themselves. In doing so, she lays bare the human need for power.

Brendan Fernandes' Buli (2011) installation explores the complexities of cultural and language loss in relation to the colonial enterprise of expansion and the quest for land, resources, and cheap labour. Fernandes appropriates the language of the museum and its classification of non-Western objects and peoples to reveal the ways in which this form of language renders the colonial ‘other' as fixed, without name, and in a sense, as existing at the interstices between nature and culture.

In his immersive installation, Six Degrees of Separation (2013), Jérôme Havre engages with the history of the Underground Railroad that saw black fugitive slaves journey across national borders and landscapes in search of personhood and freedom. The act of walking through and across landscapes and its relationship to identity-making is foregrounded in the installation. Havre's hybrid, mythical creatures defy strict categorization within the binary schema of classification. They are neither animal nor human and suggest processes of synthesis in terms of culture and nature.

The works in Land Marks trouble the taken-for-granted and familiar yet complex concept of nature through re-presentations of animals, humans, ecology, and museum practices. By representing spaces where these ideas merge, clash and create composite sites, the artists of this exhibition offer ideas about how to reconsider and reposition the constructed categories that limit people and their interactions with each other and the environment.