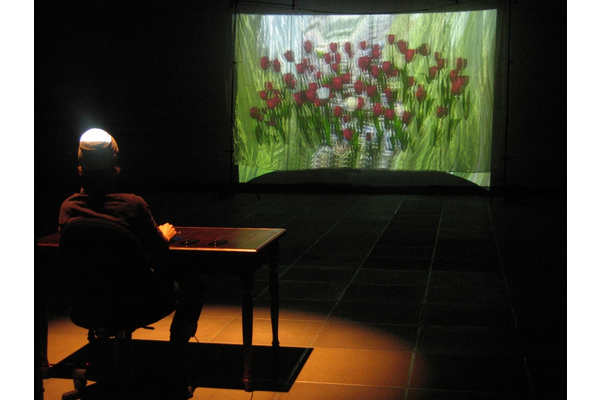 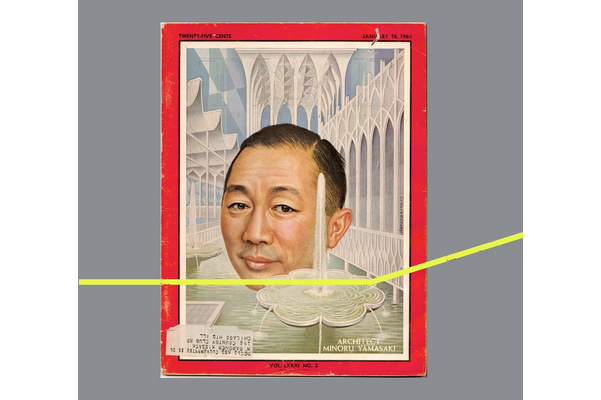 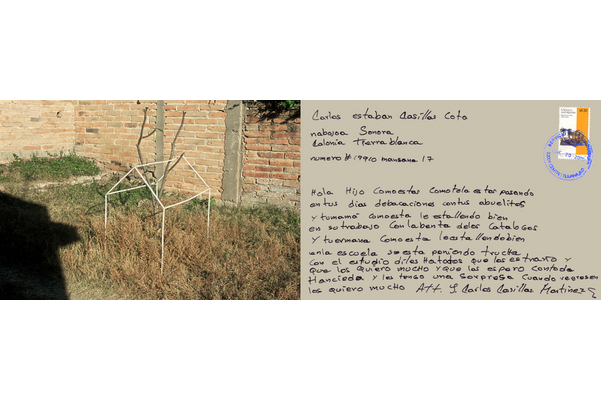 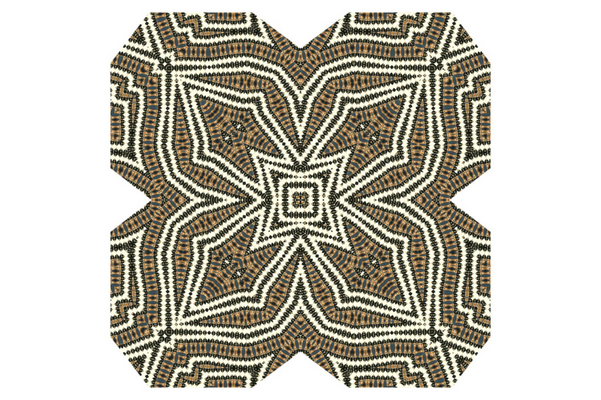 Sanaz Mazinani, Together We Are, 2011, archival pigment prints, edition of 2 of 7
Courtesy Stephen Bulger Gallery Located next to the southern edge of Canada and separated from the United States of America by the Detroit River, Windsor is a border town. It is an important place of arrival and departure for indigenous, settler and migrant communities who have traversed these regions for generations, criss-crossing the geographic and national boundaries in search of freedom, land, work and security and tied the collective memory, (oral) histories, and cultures of the borderlands together. Over the last couple of decades, residents of these areas have witnessed an accelerated militarization of their national boundaries with rigid parameters on who may or may not pass. The politics of exclusion has become part of everyday life, even though Windsor and Detroit share one of the world's largest bilateral trade relationships, with roughly one-third of all Canadian and American trade in goods traverse this ‘corridor'. Capital and goods travel more freely than people in the 21st Century climate of surveillance and suspicion. Border Cultures is a three-part exhibition that brings together artists working in the region, nationally and internationally to examine the complex and shifting notions of national boundaries through contemporary art practice. Taking place annually from 2013 - 2015, Border Cultures is an exhibition-in-progress, conceptualized as research-based platform for artists and cultural producers to explore and examine the border through different lenses: Border Cultures: Part One (homes, land) in 2013; Border Cultures: Part Two (work, labour) in 2014 and Border Cultures: Part Three (security, surveillance) in 2014. The objective of this series is to mobilize and connect the ongoing critical dialogues on national boundaries in Windsor, with multiple and diverse narratives and experiences of border contexts in different parts of the country and the world. Border Cultures: Part One (homes, land) brings together artists working locally and nationally with those exploring these issues in Ireland, Mexico, Palestine to list a few. Using drawing and printmaking, sculpture and photography, video and sound-based installations, artists in this exhibition develop nuanced critiques and perspectives on questions of nationhood, citizenship and identity in the border-lands.

Read Ted Shaw's article about the exhibition in the January 24 edition of the Windsor Star.